We’re a little less than a month away from April 15. That’s generally the last frost date in St. Louis. While temperatures are refreshingly crisp, they’re dropping and frost warnings are in effect tonight and for tomorrow night. 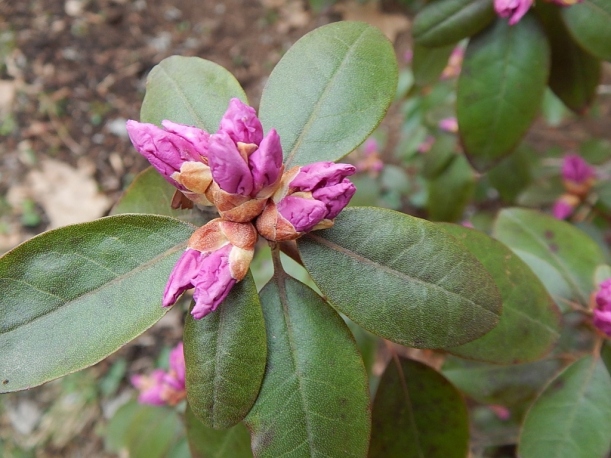 I have one rhododendron in bloom, and the euphorbia I transplanted to the garden from a pot last fall is also in bloom. That seems a bit early, but more on that another time.

I’ll cover the euphorbia with a large pot to protect the young blooms from frost and the rhodo will be covered with a sheet. I’ve also placed a pot over the clematis that has emerged by about four inches.

What’s the weather doing in your part of the world? 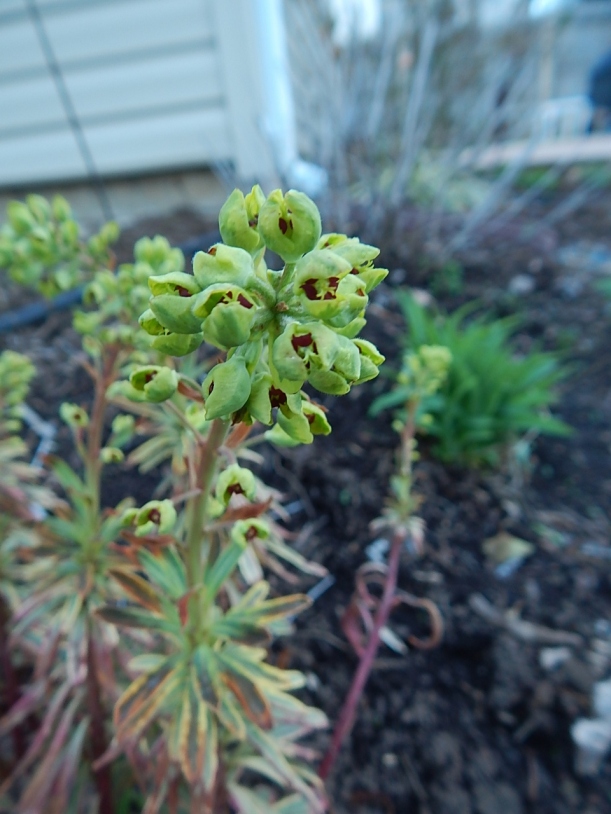 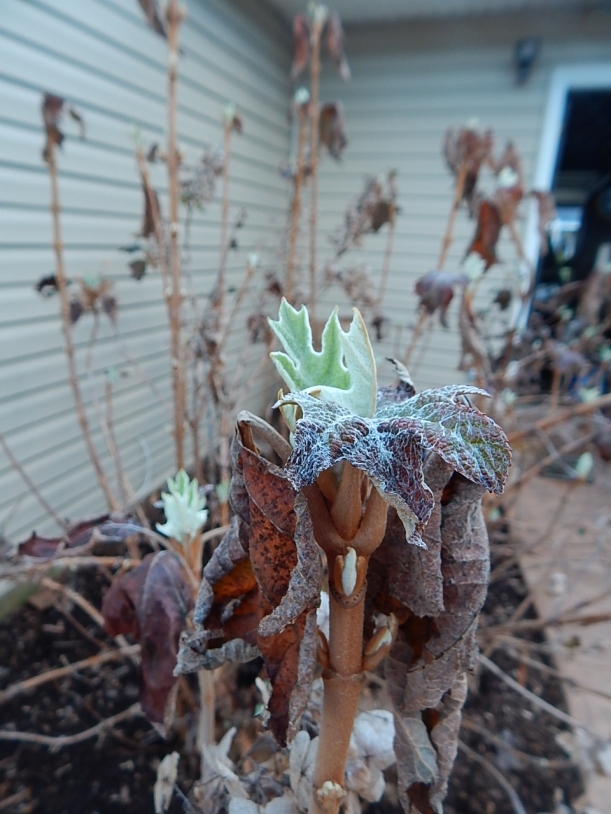